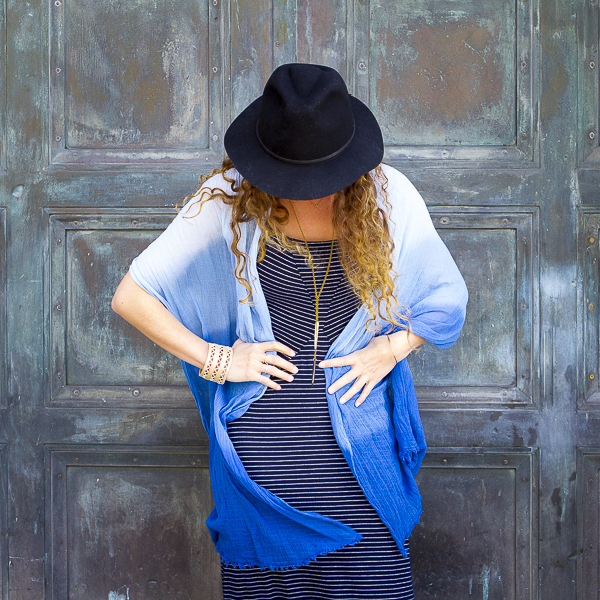 In the Scarf Stories series, we introduce you to the namesakes of Malena’s collections of scarves. Each scarf collection is named in honor of a person, real or fictional, who embodies strength, individuality, boldness and style. This month’s, we remember Maya Angelou, whose courageous storytelling and lifetime commitment to social justice and human dignity inspired the Maya scarves. Her own words are the best possible place to begin:

When we come to it

When we let the rifles fall from our shoulders

And children dress their dolls in flags of truce

When land mines of death have been removed

And the aged can walk into evenings of peace

When religious ritual is not perfumed

By the incense of burning flesh

And childhood dreams are not kicked awake

By nightmares of abuse …

Maya Angelou (born Marguerite Anne Johnson) believed in the power of her own voice from the time she was a girl–that knowledge first manifested in a tragic way, when she temporarily chose voicelessness. Having been raped by her boyfriend’s mother, who was violently killed shortly afterward, she became convinced she had caused his death by naming him as her assailant. Furthermore, she was certain that she might inadvertently kill again, just by speaking, and so she lapsed into a period of five years during which she refused to speak at all, for fear of doing harm to another.

Young Marguerite regained her voice at age 12, with the help of Bertha Flowers, an elegant and intellectual local woman who gave young Marguerite the “lessons in living” described in Angelou’s celebrated memoir, I Know Why the Caged Bird Sings. Fortunately for everyone who has been lucky enough to read her autobiographies or poems, hear a recording of her reading, or even just enjoy one of her unforgettably honest off-the-cuff observations of life, she remained voluble for the rest of her life.

While it may have been inevitable that she would make herself heard in one way or another, in early adulthood it was not at all clear that Maya was headed for a writing life. She worked various jobs: as a pioneering San Francisco streetcar driver, a prostitute, and a paint-stripper in a car mechanic’s shop, among others. Her first forays into the arts were as a dancer and singer–she made rent as a nightclub “shake dancer,” studied and worked with legendary black choreographers Pearl Primus and Alvin Ailey, performed calypso music, acted in a touring production of Porgy and Bess, and performed as part of an illustrious cast in Jean Genet’s The Blacks. At the same time, she began to express herself politically, developing connections with activists in the civil rights communities in the U.S. and abroad. Inspired by Martin Luther King, Jr., she helped organize a benefit for the Southern Christian Leadership Conference, and soon began working with Malcolm X as well. Both leaders were tragically assassinated shortly after she became involved with their movements, and Angelou grieved for them but carried their commitment to speaking out for equality, liberation, and hope through the rest of her life.

Angelou was always part of a creative and brilliant circle who admired her as much as she did them, and counted among her friends established literary figures, such as James Baldwin, who encouraged her to find her writing voice. She published I Know Why the Caged Bird Sings in 1969, and it was followed by six more autobiographies focusing on subsequent phases of her rich, eventful life. A black woman’s implicit assertion that her life was worthy of recounting at length seemed audacious to some, and inspirational to many more.

Angelou’s oeuvre also included poems, essays, plays, children’s literature, cookbooks and screenwriting. Her work was marked by honesty, lyricism and a sense of grace. She remained always in the thick of public life, receiving scores of honorary degrees, delivering a famous inaugural poem for Bill Clinton in 1993, supporting and celebrating the election of President Barack Obama, and continuing to write until her death in 2014.

… When we come to it

We must confess that we are the possible

We are the miraculous, the true wonder of this world

That is when, and only when

We come to it.

At Malena we honor Maya Angelou for the generosity with which she shared a lifetime of her stories with her readers, for her belief in freedom for every human, and for her inimitable style (for those who don’t know that she had both linguistic and personal style in abundance, we offer just a few examples of the latter). We know that when you put on your own Maya scarf you’ll carry a bit of her wisdom, beauty and light with you, and as always, we can’t wait to see how you wear it!

(The verses above are excerpted from Maya Angelou’s “A Brave and Startling Truth,” read by Dr. Angelou in 1995 at the celebration of the 50th anniversary of the United Nations.)