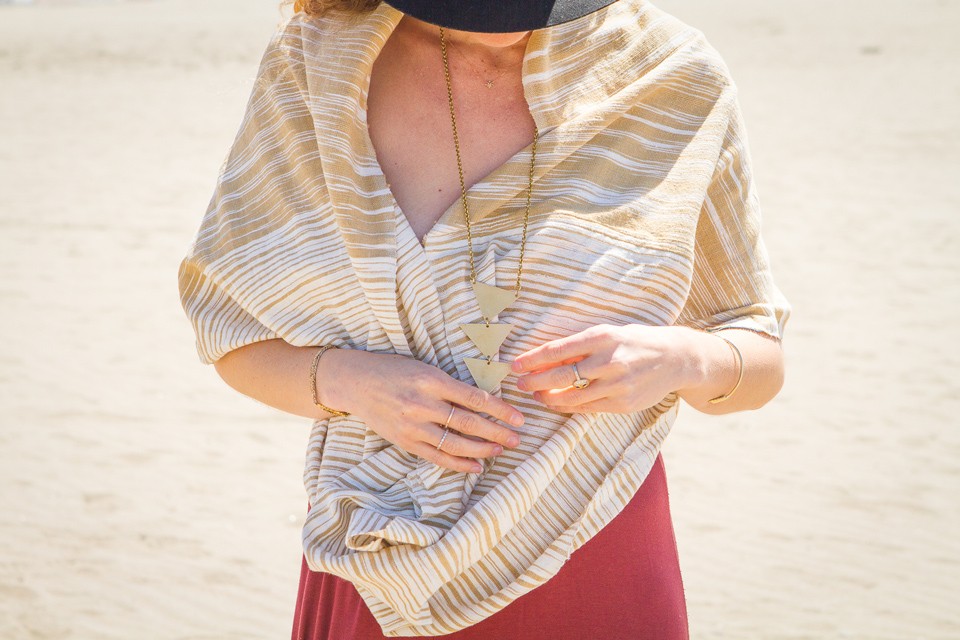 In the Scarf Stories series, we’ll introduce you to the namesakes of Malena’s collections of scarves. Each scarf collection is named in honor of a person, real or fictional, who embodies strength, individuality, boldness and style. First up, an unforgettably vivid character from Stieg Larsson’s Millenium trilogy, Lisbeth Salander, whose fearlessness, tenacity and unwillingness to blend into a crowd inspired the Lisbeth Collection.

Swedish author Steig Larsson’s trilogy of crime novels (The Girl with the Dragon Tattoo, The Girl Who Played with Fire, and The Girl Who Kicked Over the Hornet’s Nest) were almost never published, became wildly popular after the author’s death, and have ardent fans (and cutting critics). The books are detailed and relentlessly eventful; every conceivable form of corruption, betrayal, darkness and violence seems to rear its head at some point. But nearly every reader seems to agree that the books’ most original and fascinating feature is the titular “girl,” Lisbeth Salander.

Lisbeth is a genius and a loner, a young woman whose past traumas are shown to be the source of both great talents and terrible weaknesses. Her singular gifts (as a computer hacker and renegade crimefighter) are central to her persona, but so are her vulnerabilities (her deep anger, her very short fuse, her vengefulness). What makes her unforgettable might be her refusal to apologize for anything: neither for her gifts (or how she uses them), nor for her appetites for sex and violence, her hostility and paranoia, or even her looks.

When the pursuit of justice or revenge calls for it, Lisbeth turns out to be skillful in the art of disguise, but this unexpected knack is the exception to her fiercely unconventional everyday appearance. She is slight to the point of unhealthiness, or at least androgyny. Her hair is chopped and dyed; she is pierced and tattooed; she wears heavy boots, layers of black, and makeup “in a color scheme that indicated she might be colorblind.” And this is one of her most iconic qualities: her commitment to presenting herself exactly as she prefers, without capitulating to anyone else’s norms. Lisbeth is of course more than just her body, but her physicality is powerful and obtrusive: to encounter her is to face and be forced to accept her body as she has chosen to shape and draw upon it. She has marked herself starting at the level of her skin, with the dragon inked on her back. Lisbeth is not a pleaser. She expresses herself in everything she does, whether or not anyone wants to hear it. She has style in its purest form.

Lisbeth is not a traditional role model or aspirational figure. She is capricious and dangerous; she is unforgiving; she carries pain with her. So why, when you read these books, is she the one you care about, the one you want to emerge unscathed, the one you start to admire even when you half feel you should condemn her? Maybe is has to do with her past–her literary lineage, where she came from before she took place on the page. Larsson has said he envisioned Lisbeth by imagining Pippi Longstocking as a young woman, and it isn’t hard to see in Lisbeth bits of Pippi’s anarchic joy. Pippi knew with perfect clarity what was good (loyalty; friends; junk food; adventure; shocking physical strength; sharing your house with a horse and a monkey) and what was not (bad cops and bureaucrats; boring clothes; rules). What is beautiful in Lisbeth is a similar self-reliance, a willingness to trust her gut, and a defiance of anything threatening to hold her or her friends back or down.

This fearlessness and uncompromising independence are the qualities that inspired the Lisbeth Collection. If Lisbeth speaks to you, please share your comments about what you see in her! And, as always, we can’t wait to see how you wear your Lisbeth scarf–we know that, as Lisbeth would, you will make it your own.

“You choose who you want to be.” ~Lisbeth Salander