“Overcoming Poverty Is Not a Task of Charity, It Is an Act of Justice”: Nelson Mandela’s Legacy of Freedom 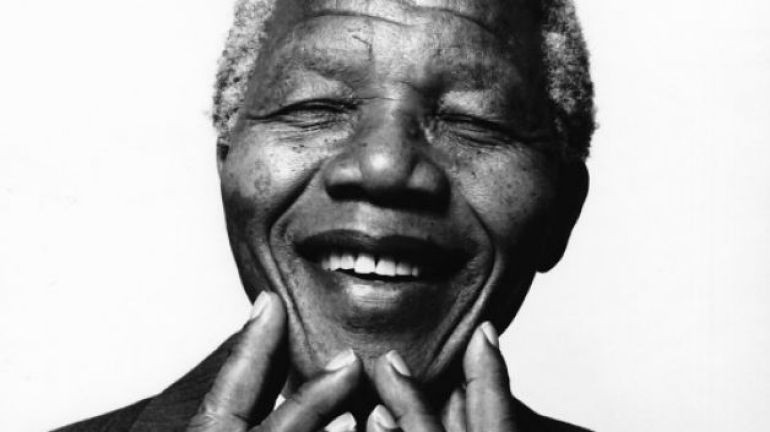 “For to be free is not merely to cast off one’s chains, but to live in a way that respects and enhances the freedom of others.” ~Nelson Mandela

Many of Malena’s artisan partners around the world live in places where the struggle for equality and freedom is fraught and often dangerous and daunting. Here in the United States, we have much progress toward equality to celebrate, but we still see, again and again, tragedies and injustices that show how far we as a nation have left to travel before freedom is realized for all of us equally. In contemplating what it means to fight for freedom, especially at times when victory seems so far off as to be barely more than a dream, there is no leader more inspiring than Nelson Mandela, no one in our times more deserving of being called a hero. Mandela’s clear ideals and brilliance would have made him a great man no matter what path he took; his almost inconceivable courage and fortitude when the South African government imprisoned him for 27 years, after which he emerged to lead his people out of apartheid, make him a giant.

Born Rolihlahla Mandela of the Madiba clan in 1918 (later given the name “Nelson” by a schoolteacher according to the tradition of assigning African children Western names), Mandela was destined by heritage for a role as a counselor to the Thembu royal house, but as a result of his rebellion against a planned marriage, struck out on his own, a small act of defiance that had historical repercussions. His political awakening came gradually during his early adulthood in Johannesburg, as he studied law, worked and fell in love for the first time, all the while becoming increasingly focused on the disparities between the opportunities and rights available to white and black South Africans.

By the early 1940s, Mandela was deeply involved with the African National Congress (ANC), and from his earliest activist days, he was notable for both his dedication to the cause and his willingness to engage deeply with the ideas driving the movement. He was open to the influences of mentors and colleagues; brave enough to charge into conflict despite the massive imbalance of power between the government and the revolutionaries; able to be flexible when a tactic failed or an argument proved faulty; and resilient when a plan floundered and the ANC had to regroup. These qualities made Mandela rise quickly to the forefront of the movement, but of course, the very strengths that enabled him to lead made him most vulnerable when the panicked South African government lashed out–in 1964, the government’s repeated attempts to silence him were finally successful, when he was found guilty of sabotage and conspiracy charges and given a life sentence.

Mandela’s mind bending ordeal as a political prisoner would have crushed many of the strongest spirits, but it did not destroy his. In fact, he kept himself intellectually, physically, and politically active behind bars, remaining a vital force in the ongoing fight against apartheid via his contacts inside and outside of prison, and becoming an internationally renowned icon of strength through suffering. Upon his release in 1990, he was therefore prepared to move without pause into the role of guiding the nation through the violent and precarious end of South African apartheid. He became the first black president of his country, and during his tenure he implemented massive reforms to begin restoring black citizens’ long-withheld basic rights, and also oversaw formation of the Truth and Reconciliation Commission, a groundbreaking and revelatory body founded to provide restorative (rather than traditional punitive) justice.

After withdrawing from politics in 1999, Mandela continued to exemplify generosity and public service, continuing to work for causes including public health, development, and education in South Africa, as well speaking out against human rights violations and in support of peace around the world. He remained, until his death at age 95, calmly unafraid to criticise any individual or state that abused power. His people often knew him as Madiba or sometimes as Father of the Nation, but the rest of us are his children as well.

Please join us in celebrating Madiba’s life and all he taught and gave the world.